The community of Halolz gentlemen can roam free and do whatever they want!

You are not connected. Please login or register
4 posters

Got a personal frustrating and/or awesome videogame moment? One you've always told people because it was just that shocking or never had the chance to tell? Discuss it all here.
DunsparceDude

I've had one happen yesterday while playing Pokemon Heartgold.

I was at the third gym, pitted against Whitney's Miltank with just my Togepi left, and fortunately it had Metronome, otherwise I wouldn't have won the fight. My Togepi used Metronome which turned into Belly Drum, and I healed it the next turn and used Metronome again. This time it turned into SUPERPOWER. That's right. Miltank down, the badge was mine.

So yeah, that's my epic moment so far.

This happened a little while back.

So I was playing Kerbal Space Program way back in version (I think it was) 0.12. I had achieved my first orbital flight. Unfortunately I had run out of fuel. So I decided to stage and wait for my orbit to decay.

The only problem was it didn't. I had accidentally discovered perpetual motion. I set it to as fast as the fast forward would go and left the game running over night just to see how screwed I was. The dang orbit didn't even decay ONE meter.

So I just had 3 guys in a pod stuck spinning around the planet for all eternity. I'm not sure whether to be proud or disappointed by such a weird occurrence.
Alpar

So I got a PSP from my cousin a week or two back when I had to stay at his house because of Hurricane Sandy. Problem was, there was a 50% chance it wouldn't work. He had two PSPs, one which he lost, other which was just for some reason broken. We found a PSP, couldn't find the other, so I had to take my chance. Second dilemma here was that I couldn't get a charger since he didn't have one, so I would just have had to wait until today to buy one.

There's a Gamestop about a 20 minute walk away from my church, which, given my beliefs and duties, I went to today. Service didn't start until 12:30 however, so I decided to walk over to the Gamestop to buy my charger. That Gamestop opens at 11 so I had plenty of time to go there, stay for eyeshopping, and leave just in time.

I was gambling a bit on this, because again, there was a 50% chance the PSP wouldn't work. So I got a new charger for below 10 dollars, new, unused. That Gamestop didn't have a used, which would have saved a couple dollars less but who gives a crap, it was originally supposed to be 15 for a new, depending on what brand.

So I'm just eyeshopping a bit since I had nothing better to do and a woman walks in. I'm just overhearing the conversation since nobody was really in, and I'm on the other side, and the woman says something along the lines of "Yeah, honestly. My son's been wanting this game so badly, he told me yesterday "No it's out today, go check!" when it's actually released today!"

Of course I knew what game she was talking about. So I just kinda casually walked over and replied "Ah, lemme guess. Sticker Star?"
From there the conversation kinda rolls out naturally.

Anyway, apparently she'd pre ordered TWO copies of Sticker Star, and she got the pre order bonus to come with them. To which I replied "Wait, you get a giant Paper Mario POSTER just for having pre ordered this game?! I don't keep up with pre order bonuses but geez!"

To which the cashier replied "Oh, poster? No no no, this is a giant sticker."
Yeahp.
Giant Paper Mario Sticker Star sticker.
Woman had two. I wanted one, so I kinda asked for one, but she said she ordered two because one was for her son, the other was for a friend of hers.
As she left I went into a bit of a pouty mode and just went back to eyeshopping for another few minutes.
As I was about to leave, the cashier (who was apparently named John) took a turn for the bro.
He gave me a bag with the giant sticker in it.

My immediate reaction was "...dude what?"
As the conversation goes:
John: "Don't worry about it. I saw how much you wanted the pre order bonus, and you seem like a pretty awesome guy."
Me: "Wait wait but isn't this a pre order bonus?"
John: "Well yeah, when they shipped in this morning, apparently there was one EXTRA, so just don't tell anyone. That receipt you got when you bought the charger? Yeah, just take the survey, and pay me back with that, that's all you gotta do."

I gave him the absolute most excited thank you of my life. Back home, took the survey about ten minutes ago, which was apparently one about customer service. I had to type in numbers, which I assume directed to asking about the employee I got the receipt/service from, so of course naturally I said all the nicest things about him and gave him the best ratings I could've.

Oh yeah and the PSP is apparently totally functional too. Now I can play Jeanne D'arc, Valkyria Profile, and Parappa the Rappa.

I just remembered the absolute freakiest thing that happened to me in gaming ever... it was awesome for me at the time, with a hint of daily frustration everyday, and I didn't even remember it happened to me until a friend reminded me. I had to retell it on Skype so I'll just copy and paste what I said here. 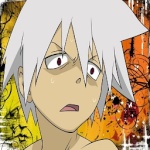 I don't know if any of you guys play DotA 2, but I highly recommend it. It's kinda like LOL, but made by valve.

I was playing as Kukkna around level 8 off the laning stage. An enemy Viper and Centaur found me out of place in the jungle and tried to get a kill on me.

I used my ghost ship ultimate to slow them down so I can get away from them and back to my tower in the mid lane. Out of nowwhere, a venomancer used his ultimate to lower my health fast, (Mind you: Venomancer's ultimate doesn't kill you)

Since Veno was slow, and I was insanely faster than him, I made it half half way to the tower, until Centaur used his ultimate to max the speed of all their heroes. I was doomed, unless I found a way to get rid of him.

I had only 1 level of "X mark's the spot" (Allows them to keep going, but come back to the target location after 1 second delay at level 1) I used it to stop the Centaur and made it almost to the tower.

By now, Venomancer's ultimate was still hurting me, and I was stuck at 1hp the whole time at this point.

Enemy bounty hunter used his track to increase the speed of all of his allies to chase me down.

I had to pull something fast, so as centaur was about to hit me, I juked fast to the right to avoid his hitting animation, and made it back to base with only 12HP after my regen kicked in.

I will find the video for you guys and send it to ya.
Sponsored content